The online debate entitled The EU on the Global Stage – Changing Relations with the U.S., China, and Russia? was held on June 28. The event focused on the regional relationship between Germany and the Visegrad 4 countries and how the diverse interests and different levels of dependence on each other are impacting their foreign policy approaches and by extension the EU’s common foreign and security policy. In this context, the participants discussed the interests and relations of the different EU member states with the U.S., Russia, and China.The debate was co-organized by Aspen Institute Central Europe and Aspen Institute Germany.

In response to the diverse interests and seeking a common foreign policy approach, Mr. Tomáš Petříček, Senior Non-Resident Fellow of the Institute of International Relations in Prague and Former Minister of Foreign Affairs of the Czech Republic, highlighted that, in the end, it is all about a dialogue. The actors have to try to understand each other’s points of view and be honest among themselves. It leads to building a union based on understanding and respect.

Mr. Sergey Lagodinsky, a Member of the European Parliament (Alliance 90/The Greens), also stressed the importance of the green agenda as one of the most important transatlantic issues. In his opinion, the new Biden administration can be viewed as an ally in tackling this issue. However, in relation to the US approach towards Russia and China, the EU can be supportive but not repetitive. Mr. Lagodinsky therefore mentioned the need of reducing the EU’s interdependency on strategic issues without further naivety.

A spin of a business perspective on the debate was delivered by Ms. Caroline King, Global Head of Business Development and Government Affairs at SAP SE. She touched upon the rising nationalist and protectionist attitudes. However, even strong economic forces need to reevaluate this approach, since the support of international partners is key for the economic interest of the countries, especially ones leaning towards isolation.

Mr. Márton Ugrósdy, Director of the Institute for Foreign Affairs and Trade in Budapest, warned that the EU is still in the making. This results in differences between Member States, which, however,  should not be mended by force. When it comes to Hungary, he mentioned that he does not see ideological similarities with neither China nor Russia.

Great and controversial @AspenGermany and @AspenInstCE discussion on "The EU on the Global Stage – Changing Relations with the U.S., China, and Russia?" In case you missed it: ➡️https://t.co/NXwBsydYGN #AspenEUR #AspenInstCE pic.twitter.com/hvLERdc43v 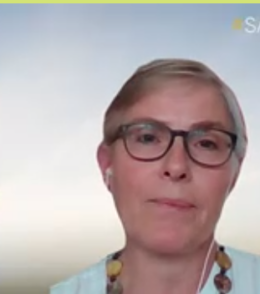 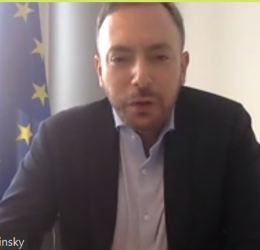 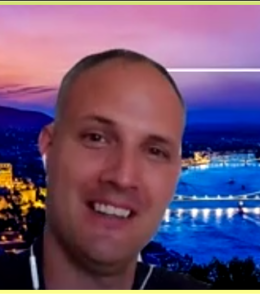 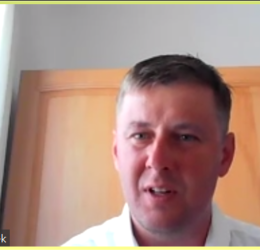 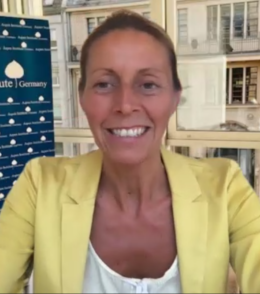 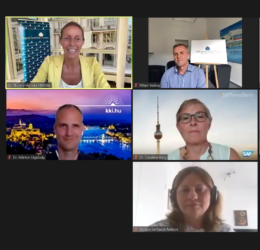