Even before the outbreak of the global pandemic that aggravated the world even further, the international trade has already faced a number of unprecedented issues. Within the four years of transactional and protectionist attitudes of the current US administration, the decision of Europe’s second-largest economy to leave the EU, and China’s ascendancy disrupting the established world order, the future of international trade is far from certain. These and other topics were discussed at the virtual event called The Future of International Trade: Where do we go from here? held on October 19.

Dita Charanzová, Vice-President of the European Parliament, focused on the political aspects of international trade. The public concern has now shifted to issues of environment, sustainability and EU strategic autonomy, and the pandemic even accelerated these concerns, especially addressing the issues of dependence, such as on medical and other key supplies. She pointed out that the international trade is the main weapon on the global stage and sometimes is being used to address other concerns that are not related to trade. At the same time, free trade and European liberal values proved to be among the most important tools of the EU leading to its prosperity.

The message of Anthony Gardner, Former U.S. Ambassador to the European Union, was that of optimism and possibilities of what the US and the EU can and should do together. He emphasized the importance of this essential partnership and absolute need of respecting rules, institutions and allies as compared to building unilateral or bilateral relations. The common trade negotiation agenda should not consist of broad ambitious trade deal that is not likely to succeed. Instead, , we should look into industries and technologies of the future where neither the US nor the EU have written its standards just yet, such as standards on facial recognition, AI, autonomous vehicles. These represent an opportunity to cooperate on writing the regulations together or at least making them compatible. Such regulations could then become accepted globally.

David O’Sullivan, Former Ambassador of the European Union to the United States, has also stressed the need to focus on areas of EU – US trade negotiations where progress can be made instead of getting bogged down in old contentious issues, such as GMOs. However, we can neither focus on the “and” agenda, warning us before adding other global problems of the world onto the trade deals hoping for trade relations solving these problems in the world. He also agreed on the importance of the WTO reform, including its dispute settlement mechanisms, and the necessity to figure out how to make it more relevant especially in addressing China’s role in the global system. On the topic of Brexit, Mr. O’Sullivan said that it is the first example of deglobalization, posing among other major problems for the plethora of US companies based in the UK.

Casper Klynge, Vice President EU Government Affairs at Microsoft Europe, pointed out that technology is a part of globalization and reflected on its important role in inclusion. Technology benefits everybody, especially in the current pandemic, because, for example, an access to broadband can be the difference in being able to hold a job or to contribute to the economy. Mr. Klynge also emphasized the need to retain very strong transatlantic relations even in times of political and economic turmoil and acknowledged that the private sector plays an important role in maintaining and boosting this relationship. Especially now in times of renewed focus on the dependency on foreigner technology, he admitted that the discussion about strategic autonomy and digital sovereignty is valid and legitimate, and foreign companies have to understand it is there to stay.

Markus Beyrer, Director General at BusinessEurope, also talked about the importance of US – EU relationship both in trade and other areas, however, he acknowledged that the issues and grievances are piling up, which may necessitate rekindling of the relationship. He suggested the need of a high-level strategic platform that goes beyond institutional and election cycles. The transatlantic relationship is also important in involving China in the global system, but he believes that the EU and the US will be able to move China only by working together. The goal should be in making our system more sustainable and balanced, and the Chinese system compatible with ours. Mr. Beyrer also recognized the departure of the UK from the EU as a step towards deglobalization and warned against no-deal Brexit as it would hurt not only Britain but Europe as well. 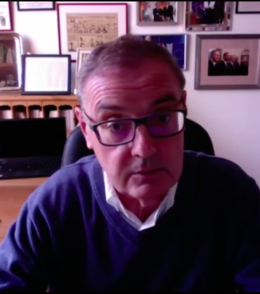 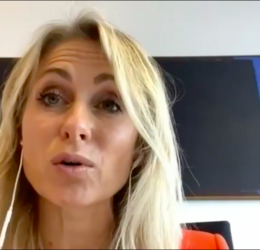 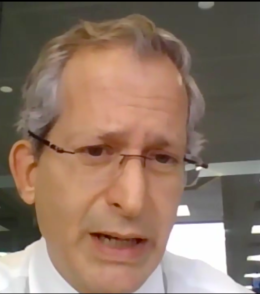 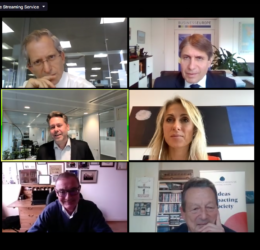 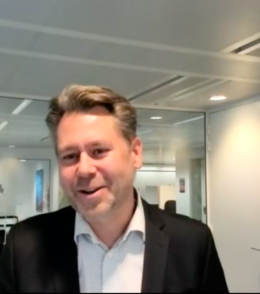 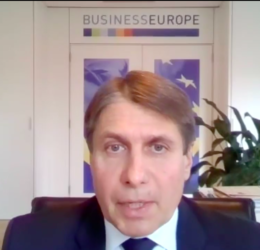