Aspen Review Café entitled The Face of Europe took place for the first time in Warsaw, Poland on October 22, 2018, at the Polish Academy of Science. The speakers were Roland Freudenstein, Policy Director from Wilfried Martens Centre for European Studies in Brussels and Janusz Reiter, Founder and Chairman of the Board of the Centre for International Relations in Warsaw. The debate was chaired by Ivan Hodáč, the President of the Aspen Institute Central Europe.

In opening remarks, Mr. Janusz Reiter commenced the debate by stating his concerns what could influence the future face of Europe. He recognized the consequences of globalization within the European Union when member states became more competitive, and de facto created a dynamic with winner and loser states. Based on his observation, he also noticed that confidence in the EU institutions, but also in national governments, rapidly declined. “Without a well-functioning state and certain amount of confidence in nation states, you will not make people better Europeans.” In this opening session, Reiter also addressed the crisis of liberal democracy, as well as the issue of Europe not being ready to confront the outside world, when only relying on the US.

Mr. Roland Freudenstein elaborated on the consequences of globalization and on the increasing competitiveness between EU member states. Concerning the lack of trust in the EU institutions, Freudenstein affirmed the emergence of new conservatives, such as Orban, who believe that they are the future of Europe. In his opening remarks, he further acknowledged the lack of a leading member state. Freudenstein concluded this opening statement with a suggestion for the EU to encourage Germany to stop hiding behind its past and to significantly contribute to the European security and improve their operational military capabilities.

The opening remarks were followed by a discussion with profound questions concerning Europe’s ability of to face China’s expansionism. Reiter expressed his optimism on this matter, considering this issue possible for Europe, when standing alongside the USA. Freudenstein stated his conviction that it has become evident that China uses its economic influence and financial investments to further its political goals. He suggests that the EU be more selective in doing business with China and encouraged more independent research be carried out on China.

The discussion consequently moved to the topic of nation states in Europe today. Reiter commenced by emphasizing the importance of an American presence in Europe for the purpose of creating a balance between European countries. “Without the US as a European power, it would be much more difficult to create a European balance.” Freudenstein joined the debate by urging the EU to work closely with the US, despite all of their disagreements. He concluded with a statement: “A nation-state is not finished, and we should admit it.”

Live from the debate on “The Face of Europe” organized by @AspenInstCE : #Europe as an island doesn’t work anymore. Europe needs more responsibility & Europe needs the transatlantic partnership. pic.twitter.com/3TYVNNPnEH

Further discussion was driven by a question about European Defense and Security policy and what Europe should do to create a certain capacity to act. Reiter began by stressing the importance of NATO for Europe’s defense. He viewed  the decision-making process as the essential problem, as can be seen in NATO today. He also identified Germany as a weak actor, especially due to the sensitiveness of a military topic within German society. He suggested: “What the EU should do is to encourage Germany to invest in the defense of Poland and the Baltic countries, and of course invest in their Bundeswehr.” Freudenstein started by expressing doubts when talking about the EU army. As an essential step, he would focus on the improvement of the operational capacity within NATO and focus on regions such as North Africa and the Middle East. Currently, he considers defense policy as an extremely difficult topic to agree on, which is why we need to learn to understand each other’s differences.

The debate expanded after the question on the future prospects of Germany in the EU and it “seizing the opportunity” when the UK will leave. Freudenstein stated: “Germany will be very defensive and will try to make up for the loss of Britain through more strategic alliances with Scandinavia, Netherlands, Austria, but also with the V4.” Reiter added that the possibility of a better partnership between Germany and the V4 will be very difficult, due to the latest disagreements concerning migration.

Mr. @RoFreudenstein, Mr. @IvanHodac and Mr. Janusz Reiter are discussing the future of European politics, trust in the institutions and the external challenges of Europe in Warsaw, Poland.#AspenInstCE #AspenReview #Poland #thefaceofeurope pic.twitter.com/oiglMcH9lF

The debate ended with a series of questions from the audience concerning the Iran deal, high barometer figures and the marketing of the purpose of the EU among young people. First, Reiter addressed the Iran deal with a statement: “Europe can condemn America’s decision, but can Europe change it? Can Europe influence it? It cannot.” Second, Freudenstein addressed the question of marketing the purpose of the EU. He mentioned a cultural liberal overreach, which occurred over the last couple of decades in Europe and had a significant impact. He concluded his whole contribution on the debate with a claim about himself, that he is a Voltairean. He disagrees with everything but would give up his life to defend the right for a person to say these things. Freudstein is convinced that this should be the guiding principle for the future of Europe.

The debate was followed by a networking dinner with the keynote speakers and the Polish alumni of the Aspen Young Leaders Program. The dinner took place at the Embassy of the Czech Republic in Warsaw. 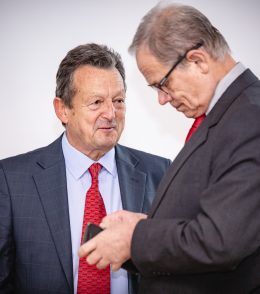 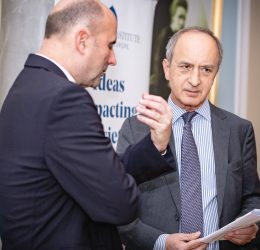 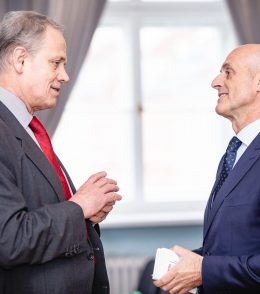 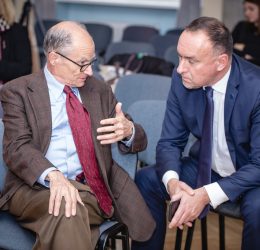 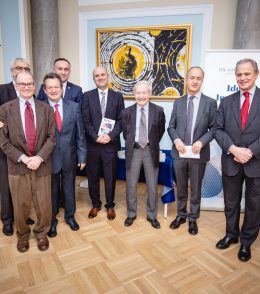 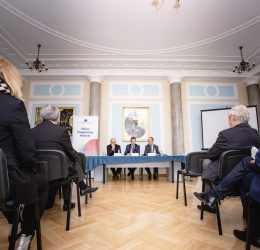 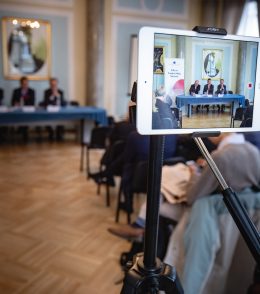 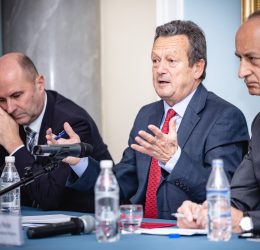 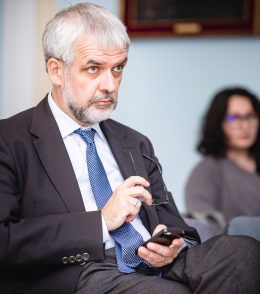 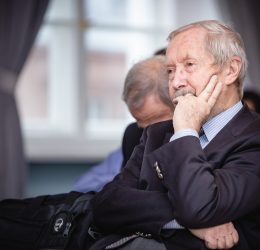 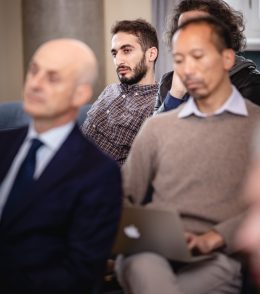 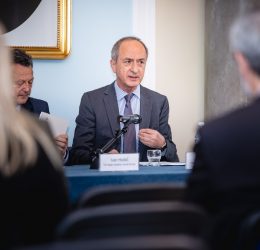 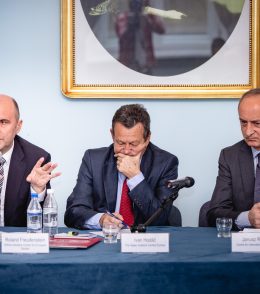 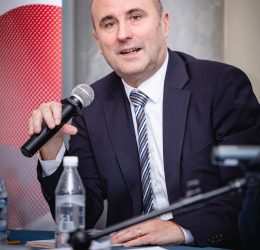 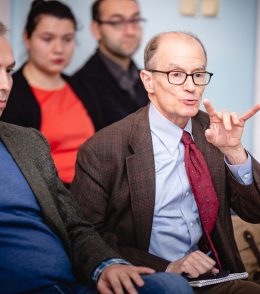 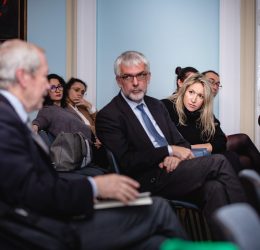 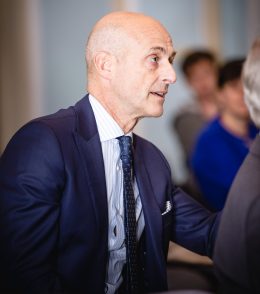 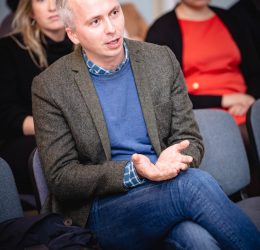 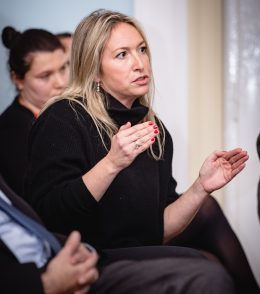 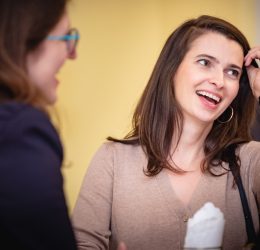 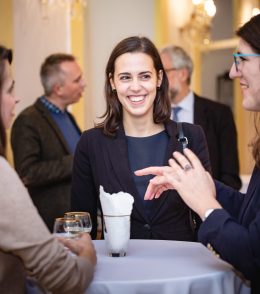 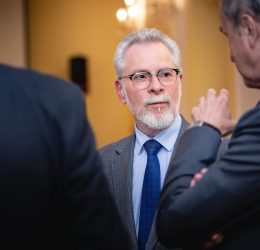 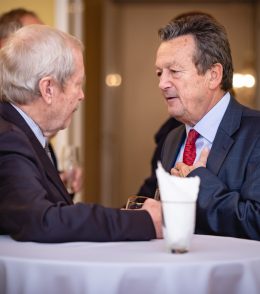 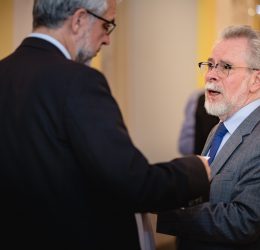 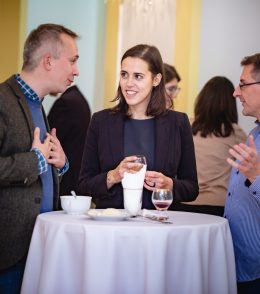 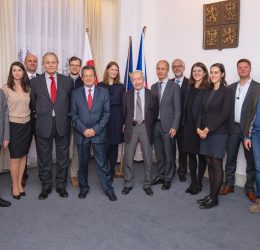