The Aspen Initiative for Europe with Aspen Institute CE co-organized a roundtable at Washington during the week of June 5, 2017. The aim was to learn in greater depth the views of business representatives on the current status of the EU–US relationship.

Initial comments about the EU by Trump Administration officials raised substantial concern about the short-term future of the relationship. With the recently completed trip of President Trump to both NATO and G7 summits providing some updated thinking, a group of EU thought-leaders under the auspices of the Aspen Initiative for Europe was seeking to share observations with U.S. counterparts. 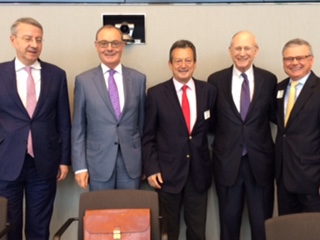