Dita Charanzová is Vice-president of the European Parliament. The current Czech presidency in the European Parliament is facing many challenges, in particular Russia’s aggression towards Ukraine. She believes that the whole of Europe became united as a result of these atrocities happening in Ukraine. She highlighted that every member state has an agenda for helping Ukraine.

“Ukraine, you deserve to be a member of our EU family. There is a role to play, not only for the politicians, but also for the civil society, for organizations like Aspen Institute and for businesses. Because the more we talk, the more we exchange, the more we interact. That’s the way we can manage to align ourselves and make sure that for political will, there is also backing coming from society and businesses.”

Dita Charanzová is convinced that the current Czech presidency in the European Parliament is very beneficial in terms of past experiences with Russia. Since the Czech Republic, Slovak Republic and other states, who were under the authority of the Soviet Union or an integral part of the former Soviet Union, have multiple valuable experiences, they understand what is at stake. Furthermore, she believes that  they can be used in dealing with the crisis.

“You have succeeded in Ukraine in excellent communication. Your President is excellent as regards communicating the political messages to different parts of the world. Keep doing it!”

Dita Charanzová thinks that the way Ukraine is moving with the agenda is amazing. Moreover, she believes that in these times of war the true faces of our friends and allies are revealed, as well as who are our enemies in various parts of the world.

Maria Mezentseva: “Putin and Russia are one thing now. A Russian population of approx 80% is supporting his actions and orders. And this is very disappointing.”

Maria Mezentseva is the Deputy Chair of the Verkhovna Rada Committee on Ukraine’s Integration. She is convinced that currently there is a correlation between today’s Russia and the current President. Maria thinks that when Russian soldiers  are confronted with the reality of the world beyond the Russian borders, and see the differences in advancement, it may be the beginning of the democratization of Russian society.

“I think that there is no doubt that the Ukrainian parliament has fulfilled its applications of passing laws, a very specific anti-corruption infrastructure and I think President Zelensky is very vocal with the recent appointments in the contest for the chairmanship of the special anti-corruption prosecutor’s office… I want to reassure you that the recent decisions taken by the President and confirmed by the Parliament, with regards to the security service of Ukraine and the president’s office, will not decrease any possible positive outcome in moving forward in terms of reforms.”

Maria Mezentseva believes that now it is crucial to keep moving forward in the reforms, punishing war crimes, and putting the violators of international law in front of international tribunals.

She is inspired by the accession process of Slovakia into the European Union. Due to its accession story of only three years. Maria hopes that Ukraine will repeat the aforementioned success story.

Maryna Mykhailenko: “23 June is a historic date for my country. This is the day when EU leaders approved the positive decision of granting candidate status for Ukraine.”

Maryna Mykhailenko is the Director of the Department for the European Union and NATO, Ministry of Foreign Affairs of Ukraine. She believes that the change of the status for Ukraine was achieved thanks to the exceptional and responsible leadership of her President, Parliament and government, as well as the President of the European Commission and the European Council.

“To become an EU member is a strategic goal of Ukraine. It is part of our Constitution and the will of the Ukrainian people who fight for this dream each and every day.”

Maryna Mykhailenko emphasized the three key arguments responsible for the  political significance of the change of status. Firstly, Ukraine is officially anchored in the European project. Furthermore, the EU political decision is one of the key factors in deterring Russian aggression. And last but not least, Ukraine and Ukrainians have clearly proved that they have won and deserve the right to be in the EU.

Ivan Štefanec: “Everything is possible.”

Ivan Štefanec is a Member of the European Parliament. From his point of view, there are three issues that are sensitive when discussing the EU and Ukraine. First of all, it is the judicial system in Ukraine, as well as the anti-corruption situation and finally the last sensitive topic is agriculture.

“There is also some concern from some of the large European countries about the change in the political landscape, the political layout. Ukraine is a big and important country.”

Ivan Štefanec is deeply concerned that the current help from the Baltic states as well as Central European states is very beneficial in terms of security policy. The Baltic states are now giving advice to the European Union, thanks to their long years of history in the former Soviet Union. 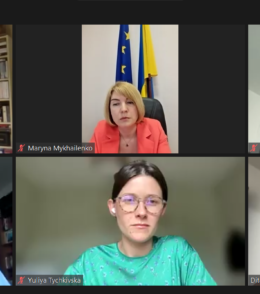 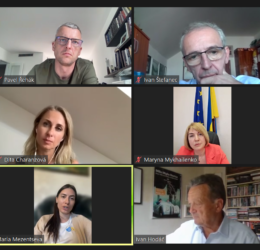 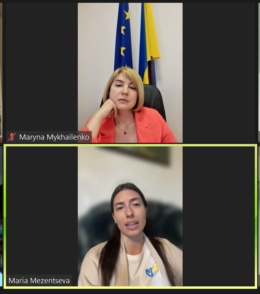 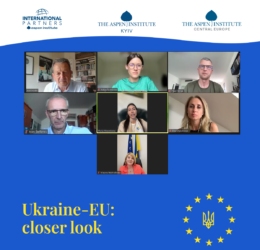