A public debate “Visegrád Countries and Germany – New Avenues of Cooperation and Enhanced Consultation” organized within the series of workshops V4-Germany Forum by the Aspen Institute Central Europe and Aspen Institute Germany  was held on June 3 at the Embassy of the Slovak Republic in Berlin.

The evening commenced with welcoming words by Ambassador of the Slovak Republic in Berlin Dr. Peter Lizák. The following opening remarks were made by State Secretary Claudia Dörr-Voss, Ministry of Economic Affairs and Energy of the Federal Republic of Germany, and State Secretary František Ružička, Ministry of Foreign and European Affairs of the Slovak Republic. Among the speakers were also Jiří Nantl, Director, Central European Institute of Technology and Chairman of Alliance4Life, and Olaf Osica, Director of International Affairs, European Economic Congress, and the debate was moderated by Jiří Schneider, the Executive Director of the Aspen Institute Central Europe.

František Ružička reminded the audience that the European Union was established as a peace project based on shared values, freedoms and protection of citizens, all of which is currently being taken for granted. There needs to be a balance between old and new policies as well flexibility due to the different priorities of each state.

Claudia Dörr-Voss emphasized not overlooking close neighbors when exploring avenues of cooperation within the European region. There are strong economic ties with V4 countries which are the most important trading partner with Germany with 293 billion euros in trade volume. In comparison, the German trade with China amounts to only 199 billion, with the Netherlands 189 billion, with the US 178 billion and France 170 billion. The importance of the relationship is thus mutual, because Germany is the most important trading partner for V4 countries, but also one of the biggest investing partners.

Jiří Nantl pointed out a huge fragmentation which we need to challenge by means of education, strongly focusing on critical thinking to empower citizens to understand the common misconceptions as well as the values and freedoms the EU offers. We have to reappraise the educational system to prepare students for life-long learning and teaching critical thinking.

Olaf Osica elaborated on the necessity to explore both European and global challenges in the dialogue between Germany and Visegrád 4 countries, while not losing a momentum to create important political and economical frameworks and good regulations.

New Avenues of Cooperation between Visegrád Countries and Germany discussed at a public debate at the Embassy of the Slovak Republic in Berlin with @BMWi_Bund Claudia Dörr-Voß @FeroRuzicka @OlafOsica @jiri_nantl. Organized in cooperation with @AspenGermany, thank you. pic.twitter.com/i2VDP4Ql0x 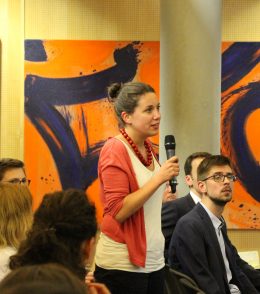 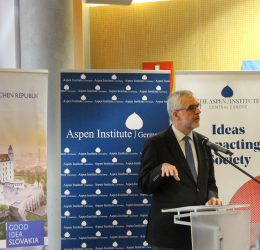 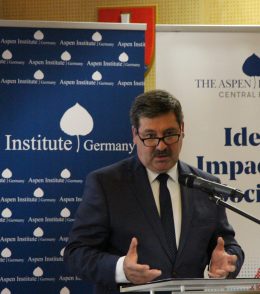 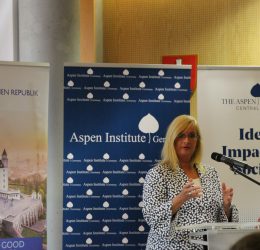 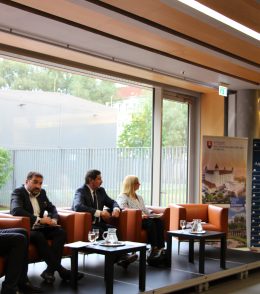 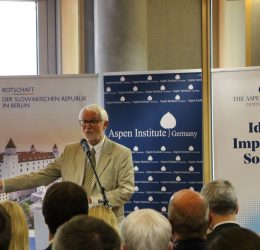 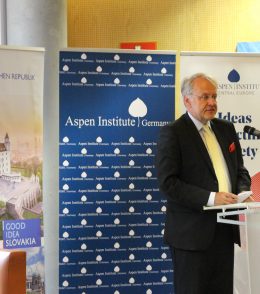 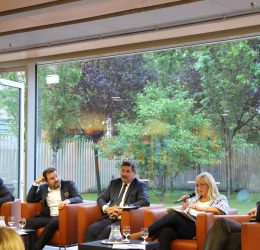 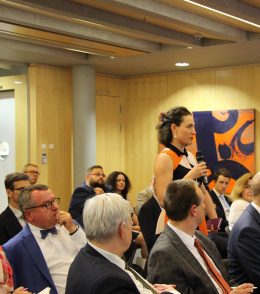 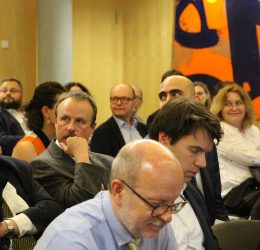 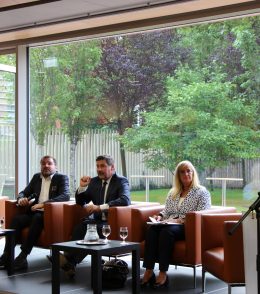 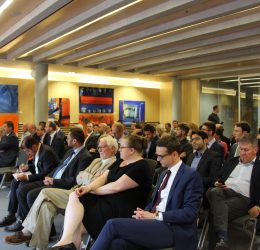