The online debate entitled “To Ban or Not To Ban? The EU Digital Future and Freedom of Speech as We Know It” was held on March 11. Challenging the audience with contrasting perspectives, it focused on the issue of protection of free speech on social media platforms, its importance for the future of democracy and the possible extent of content moderation in order to reduce user-generated disinformation. The debate was co-organized by Aspen Institute Central Europe and Casimir Pulaski Foundation.

Following the welcoming remarks of the moderator Ms. Katarzyna Pisarska, Co-Chair of Warsaw Security Forum/Pulaski Foundation, Ms. Věra Jourová, European Commission Vice-President for Values and Transparency, opened the debate with her keynote. She pointed out that the main reason for these regulations is protection of key democratic values, which can be destabilized by spreading fake news or leading society toward disintegration. It is, however, unfair to place all the blame on the social media providers, but instead we should focus on transparency, resiliency and better predictability for the platform.

Concerning the question of a complete ban on anonymity, she responded that it might not bring good in all cases, because sometimes people’s online behavior has to be protected for their safety. The Vice-President also debated that the issue created by Facebook algorithms narrows our reality into a so-called ‘bubble’. She acknowledged the fact that this is the way they do their business, but stated that a negative result lies in potential influencing of political voting. The Vice-President emphasized the need to digitalize democracy, alongside considering e-voting. These methods might also engage more young people in politics and improve communication between nations and the public.

Happy to debate the Shakespearian question “To Ban or Not To Ban?” in relation to the EU digital future and freedom of speech. Thank you @AspenInstCE for giving the opportunity. #PulaskiGlobalOutlook #AspenInstCE#EUDemocracy pic.twitter.com/v64PBfK8wD

Ms. Aura Salla, Public Policy Director and Head of EU Affairs at Facebook, which currently leads the Brussels policy team’s work with EU institutions for both Facebook and all its apps and services, shared her views of social platforms. Ms. Salla admitted the existence of an increasing influence of digital and mentioned that the unforeseen role of Facebook had expanded in recent years. She believes that the existence of these problems cannot be tackled only by the organization itself and that self-regulatory initiatives are simply not enough. They are therefore looking for cooperation with lawmakers to create a more peaceful process for these easily-accessible online platforms.

Ms. Salla supported the view of Vice-President Jourová in the case of obligatory identification danger and later emphasized that lawmakers have to be extremely careful when creating the regulations, so as not to restrict the idea of free trade and a single market as it is the main idea of the EU. In terms of what can be done in order to prevent these problems, she prioritized the spread of media literacy and general awareness of the issues taking place in online reality.

In the following debate, Roland Freudenstein, Policy Director of the Wilfried Martens Centre for European Studies, pointed out that the issue is a more complex question, which leads to no simple solution. The balance has thus far moved too far towards regulation and the freedom of speech aspect has become disadvantaged. Mr. Freudenstein also believes that a greater problem at present than microtargeting is the algorithm system. It allows its users to become stuck in their own preferences, causing late radicalization of views or making other facts and problems invisible to them. As concerns the hope for the future, he mentioned that politics has to catch up with new trends especially with digital infrastructure and innovative processes in the approach of the public. 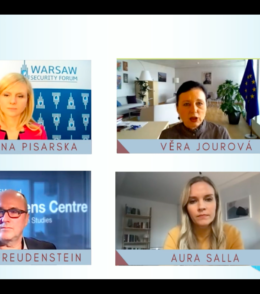 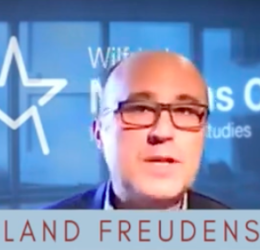 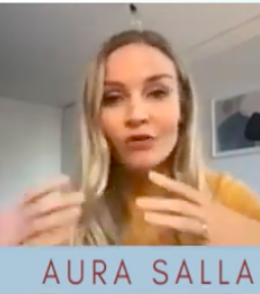 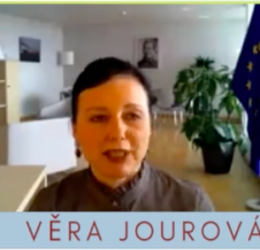 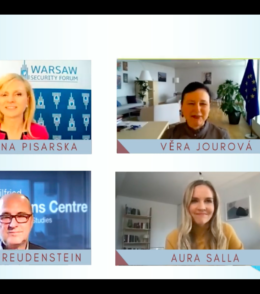 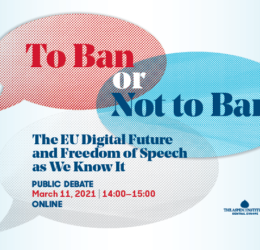