The news media are facing strong headwinds. On the one hand, long-standing business models are failing. And at the same time, authoritarian regimes are on the rise, co-opting long-standing norms and institutions. Their first target? An independent news media. We are seeing this play out around the world, not more so than in Central and Eastern Europe.

Recording of the event is available here.

9:20 – 10:40 Broadcast News Panel Discussion
Broadcast television and radio remains a powerful vehicle for reaching audiences from teaming cities to remote rural villages. How is it fairing in an era declining press freedoms and growing mis- and disinformation across platforms?

11:00 – 12:30  Print and Digital News Media Panel Discussion
Independent news media in print and online facing both political and financial pressure. How can private media withstand efforts to suppress their reach and attain sustainability?

The event will be moderated by Vivian Schiller, Executive Director, Aspen Digital and a noted journalist. 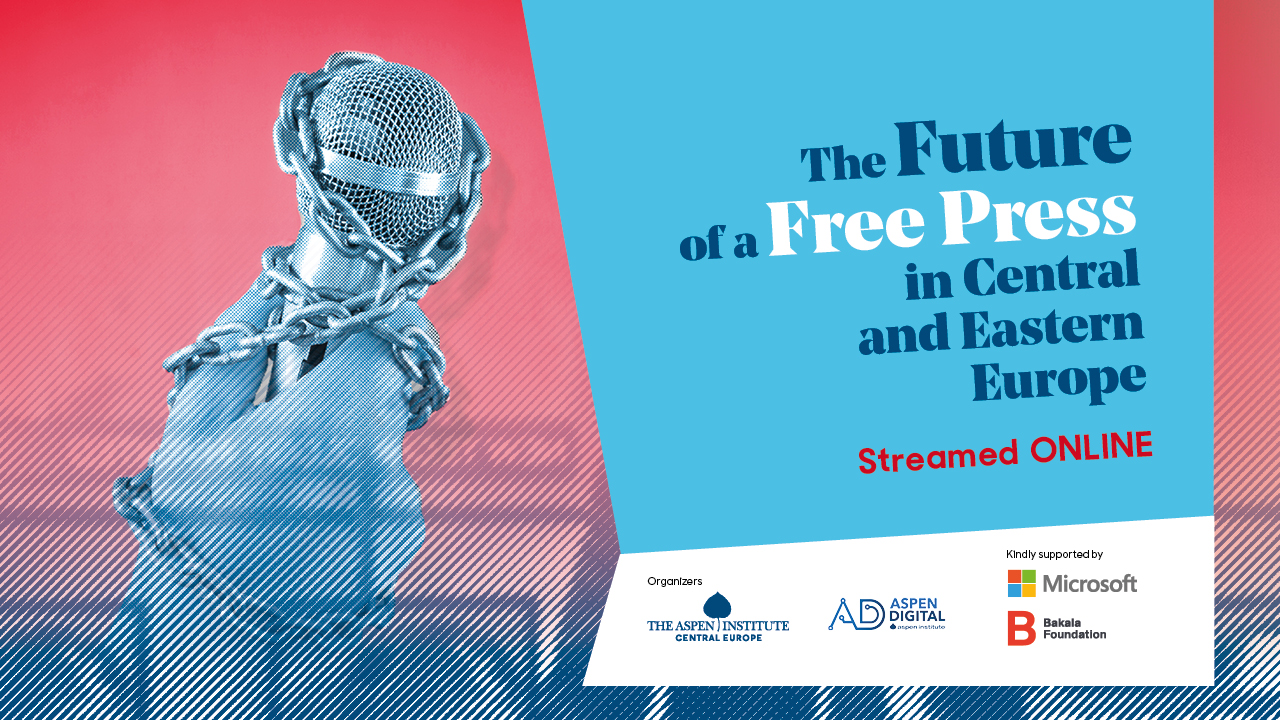 The program is kindly supported by Microsoft and the Bakala Foundation.

We would also like to thank all the partners of the Aspen Institute CE and Aspen Digital.