The second debate within the Art Match series, organized together with The Emblem Hotel, focused on the relationship between artists and corporations. Inka Pavelka, who represents a renowned pharmaceutic company, and artist Pasta Oner both shared their rich personal experiences from the field. The debate was chaired by founder and director of The Chemistry Gallery Petr Hájek.

The speakers and guests discussed possible forms of cooperation between a company and an artist and the potential barriers to such collaboration. The common ground for artists and corporates can assume many forms – a company can support artists not only by purchasing their works, but also by providing technical background, incorporating the artists into the corporate structure, finding new forms of product presentation etc.

According to Pasta Oner, the relationship must be based on mutual trust and respect. Companies often force artists to create a very specific piece of art and do not give them the appropriate creative freedom. Interestingly enough, this statement coincides with what was said during the first Art Match debate about the right balance between the donor’s involvement and the artist’s independence.

Based on a few of her projects that combined art and science, Inka Pavelka explained how fine art broadens the horizons of our perception and paves the way for creative thinking. Thus we can invest in art not just for the sake of art itself, but to foster the company’s progress. However, as some guests suggested, cultural philanthropy and creative partnerships with artists do not always meet with the corporate management’s understanding. Inka Pavelka stressed the importance of an individual who can trigger a change within the company. Determination, credibility, and faith in the idea were named as the key factors in defending a project.

Petr Hájek also implemented the fusion of art and business on numerous occassions. He gave an example of a law firm that creates catalogues from exhibitions in its office, enabling young artists to broaden their portfolios and gain the deserved recognition. Both the company and the artists then have a tangible evidence of this cooperation.

Clearly, large amount of effort on both sides is needed for the cooperation to be successful. Companies have to be open to new approaches regarding philanthropy as well as commercial partnerships with artists, who, on the other hand, have to make compromises and learn how to work with a client that might have more specific rules and expectations as opposed to those of the art world. 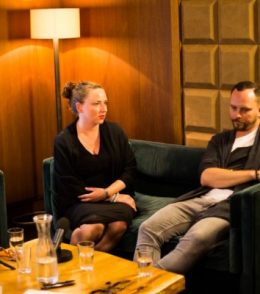 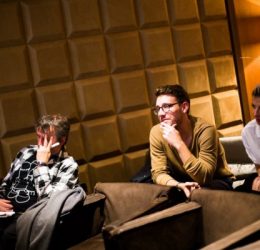 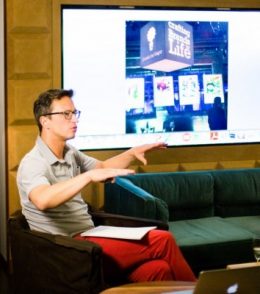 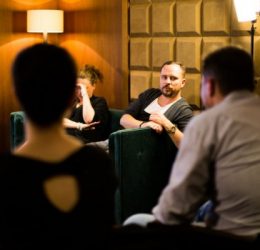 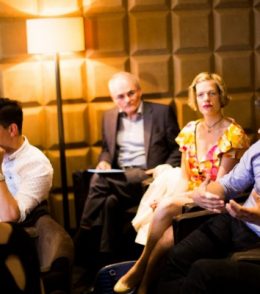 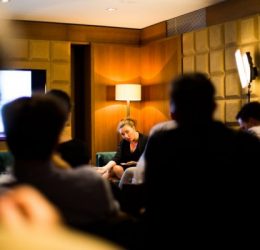 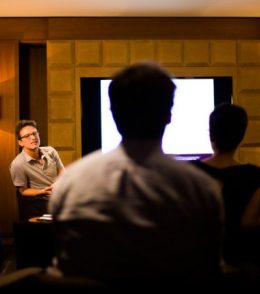 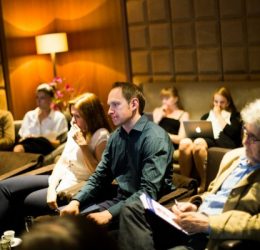 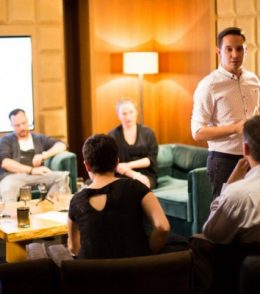