The fourth debate of the Art Match series, organized by the Aspen Institute Prague and The Emblem Hotel, focused on innovative ways of financial support for theatres. František Dostálek, Chairman and CEO of KPMG in Central and Eastern Europe, Martin Hudeček, consultant for cultural projects, and Ondřej Cihlář, actor and co-founder of theatre group Vosto5 accepted our invitiation to share their unique experience from the field. The debate was chaired by cultural journalist Martina Buláková.

The discussion focused mainly on alternative ways of financing theatres, which often struggle with a limited budget. In the Czech Republic, public money remains the main source of funding. This usually turns theatre groups into unstable and economically not self-sufficient institutions. Thus, according to the speakers, theaters should try to implement new strategies in order to gain resources that will make them economically stable and allow them to focus on developing their creativity instead of constantly tackling financial problems.

The main obstacles that usually stand in the way of successful cooperation between private sponsors and theatres are lack of information startegy and mismanaged communication. According to Hudeček, many artistic groups are unable to define themselves and communicate their agenda clearly to the public and potential patrons, resulting in little interest in an otherwise valuable and innovative project.

Cihlář confirms the lack of effective PR activities in the field. He names several Czech artistic projects, such as Spitfire Company or Vertedance, that gained international success, but lack the same publicity in the Czech Republic. The absence of quality cultural journalists that focus systematically on theatre and reach a wider audience is another contributing factor.

Furthermore, the risk of investing in a project that does not succeed is much more frequent in the field of theatre than for example fine arts. Theatre is a living organism that changes every season and is heavily dependent on the production team and actors, as well as the audience. Dostálek sees the unclarity of the theatre world as another complication. Establishing an institution that would collect people willing to support chosen projects could be a possible way to enhance the cooperation between theatres and private donors.

As Dostálek emphasizes, there is a crucial difference between sponsorship and patronage. Sponsorship implies the expectation to get something back, such as using publicity as a form of advertising or PR. Patronage, on the other hand, is about exchanging values. Dostálek, as a patron of the arts himself, supports art projects because otherwise he would not get the chance to witness a piece of art, as it would not be carried out without his financial support.

Besides patronage, there are other alternative ways of financing theatre, such as crowdfunding or project-based funding. Concluding, Hudeček stressed the importance of implementing substantial changes in theatre management education, in order to increase the long-term viability of theatres through multilayered funding. 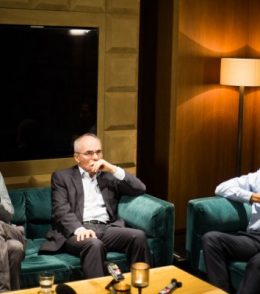 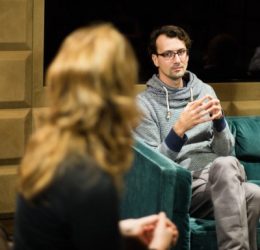 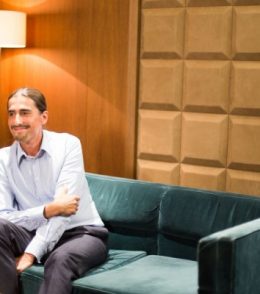 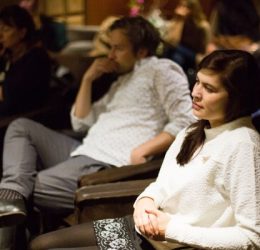 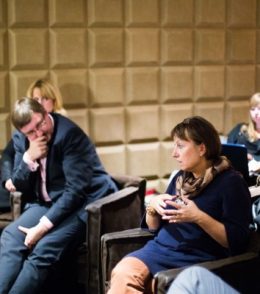 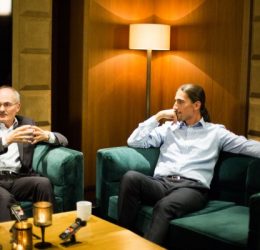