The eighth debate within the Art Match series, organized in cooperation with the Bohemian Heritage Fund, took place on February 15, 2017 in a recently renovated co-working space, Opero. The debate was devoted to the support of art in public space, and it featured Pavel Karous, sculptor and theoretician, Zdeněk Novák, State Secretary of the Ministry of Culture, and Osamu Okamura, architect and the program director of the reSITE festival.

The discussion revolved around a bill that prescribes to invest 1% of the total cost of newly-built state buildings into art realizations. Czech Republic is one of the last European countries that lack such a prescription. However, as Pavel Karous mentioned, this prescription is not anything unfamiliar to Czech legislation. Throughout the era of Communism (and even until 1990) it was prescribed to invest 4% on the same purpose. On the one hand, it inevitably led to an overproduction of abundant and low-quality realizations; on the other hand, a number of exceptional and high-quality artworks have been created thanks to this bill.

Therefore it seems that the major problem is to ensure the quality of particular artworks. Pavel Karous sees the solution in open competition and a committee consisting of experts educated in art and art history who would be responsible for the selection of the best designs. However, there were opinions from the audience stating that the general public should not be crossed out of the process of decision making, especially if the commission is established by the state and therefore paid from public money. Although this comment may sound reasonable, Karous argued that majority of the population lacks profound education in art history and orientation in the current art-world, and therefore the public is not very likely to ensure the demanded timelessness and high-quality.

The solution may lay somewhere in the middle. Osamu Okamura mentioned an example of giving the public an opportunity to vote for particular designs in the first phase of a project. Consequently, a committee may (or may not) take the results into account while making the final decision. Furthermore, once the final decision is made, it must be communicated with public as well in order to explain the committee’s intentions and reasons which may not be easily understandable.

Nevertheless, an active interest of the public is crucial in this matter. Czechs are not used to be protective about their public space, a fact which can be illustrated by the case where an artwork ‘50 m² of public space’ created by Epos 257, who blocked and marked 50 m² of Palackého náměstí for no obvious reason. Surprisingly, people unconcernedly walked around this obstruction for three months until the artist himself asked officials about its purpose. However, this artistic intervention happened in 2010, and it seems that the situation is finally changing. Pavel Karous believes that we are heading to better tomorrows, because people started to realize that no one (and especially not private investors) will defend their public space for them. This bill may help to cultivate our public space; however, the responsibility for its successful results is placed upon us as well. 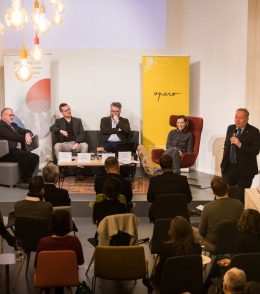 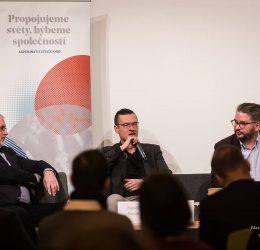 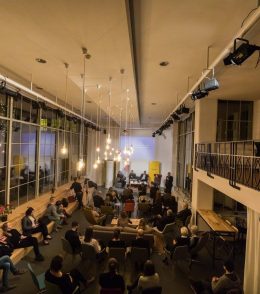