The competitiveness of many countries is increasingly dependent on the development and use of AI technologies, and Central Europe is no exception. A comparative analysis prepared by a team of authors for Aspen Institute Central Europe and Centre for International Relations, Poland demonstrated just how far the Czech Republic and Poland are in terms of AI in both the private and public sectors. The analysis, describing the situation in both countries before comparing them and identifying possible future remedies, formed the basis for report presentations. This was followed by an online expert debate that was held on December 9 organized by Aspen Institute Central Europe and Centre for International Relations.

COMPARATIVE ANALYSIS in the Czech language

Following the welcoming remarks by Milan Vašina, Executive Director of Aspen Institute CE, and Malgorzata Bonikowska, CIR and THINKTANK president, who also moderated the event, the authors of the report presented its results.

Speaking of the use of AI in Poland, Zbigniew Gajewski, partner in THINKTANK, reiterated the technological gap between Western Europe and both the Czech Republic and Poland but also highlighted some of the existing uses of AI, such as in the fight against the Covid-19 pandemic. The public sector is also open to changes and is seeking out knowledge. There is, however, a lack of impulse for concrete action, and the proportion of use of AI remains ten times smaller than in Western Europe. The private sector is more open to using AI, particularly in the financial, commercial or ICT sectors. It is still facing many of the same issues that the public sector is. One of the most significant challenges is a lack of specialists, for which Poland will need up to 200 thousand by 2025.

The situation in the Czech Republic was outlined by Daria Hvizdalova, partner at Mainware/JHV ENGINEERING, and Martin Faťun from the Technology Centre of CAS. Up to 6% of employees will have to change professions soon, illustrating the strategic importance of AI not only due to the impact on the labor market but also due to close linkage with digitalization. Despite this reality, there are many issues, including fragmentation and lack of funds, insufficient motivation, resistance to change and flawed public tenders that prioritize cost-cutting. Daria Hvizdalova also mentioned the many initiatives and interesting applications of AI in the fight against Covid-19, including the extensive gathering of diagnostic data, public communication, traceability or generative drug search. In terms of what can be done regarding AI use improvement, the report suggested supporting local know-how, including education and training of employees, improving general public perception of AI technologies, or supporting regulatory sandboxes and law uniformity.

In the following expert roundtable discussion, Michal Jaworski from Microsoft Poland, acknowledged the lack of specialists and added that the lack of demand from both the public and private sectors is just as important. This is tied to many local AI companies being forced to seek opportunities abroad, leading to a sizable brain drain. The situation is made worse by the lack of a unified data strategy, covering not only AI but also data infrastructure or cybersecurity. Mr. Jaworski also spoke about the issue of general rules and frameworks being created by “Digital Immigrants”, as opposed to “digital natives”.

Dalibor Kačmář, the National Technology Officer at Microsoft Czech Republic, also stressed the need for a practical implementation plan. Speaking about the ongoing pandemic, Mr. Kačmář noted that it should be an opportunity, as it has increased the public interest across all sectors in the fields of digitalization and AI. Nonetheless, more data and coordination are still needed.

Guillermo Alda, Co-Founder of GoodAI Solutions, spoke about the importance of data for conducting business and interesting potential uses of AI, such as training it to utilize the knowledge of experienced employees even after their retirement. When discussing the practical use of AI in the private sector, Mr. Alda mentioned cost-saving, for example through automation of processes or source gathering, and quality-increase, for example by allowing humans to focus on more “human” jobs. He underlined this point by noting that AI enhances existing jobs and makes them more human, not replacing and destroying them.

Piotr Mieczkowski, General Director of Digital Poland Foundation, also believes that AI will likely create more jobs than it destroys, which will have to be accompanied by teaching new skills. He also discussed the issue of the absence of demand from the private and public sectors and the general lack of understanding of the benefits of AI, which do exist even in areas such as the humanities or art. Cooperation on the national and international levels, particularly in V4, is crucial for overcoming these obstacles.

The public sector in the Czech Republic was represented by Vladimír Dzurilla, Chief Digital Officer. He stressed the need for cooperation between the public and private sectors, which face several challenges, including the issue of sharing anonymized individual data. As for the public sector, while some sectors of the state administration have been very easily moved into the online world, there are also those for which it has been harder. In addition, with the newly adopted right for digital service, there is much left to be done in terms of digitalization.

Justyna Orłowska, the Polish Prime Minister’s High Representative of GovTech Polska, also talked about the challenges that lie before the public sector. Poland is about to adopt a national AI policy, which will focus not only on the issue of e-services but also on interactions between the public, educational and business spheres. International partnerships and cooperation on a daily basis are also important, particularly in terms of knowledge sharing.

The final summary was delivered by Sara Polak of prg.ai and an Aspen Young Leaders Program alumna. Ms. Polak spoke about the growing problem of the widening gap between people whose daily lives are increasingly impacted by the proliferation of AI technologies and the state and larger technological framework. This is tied to the need for education, reskilling and demystification of AI. This would necessitate, however, a multidisciplinary approach, which is frustrated by the specific obstacles of Central Europe, such as greater natural skepticism and lack of cooperation. Thanks to certain recent developments, however, and a growing number of successful domestic companies, it will be possible to overcome these challenges. 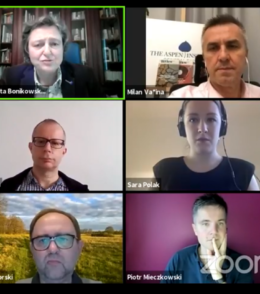 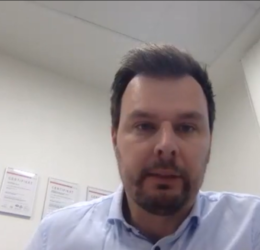 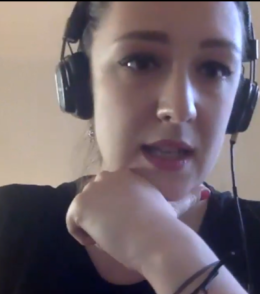 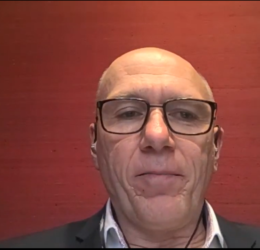 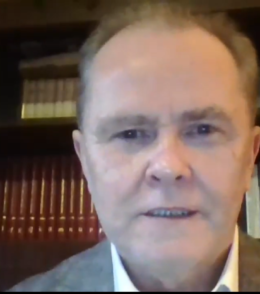 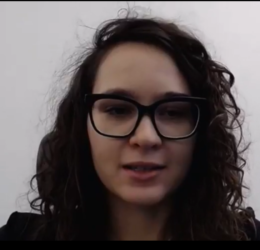 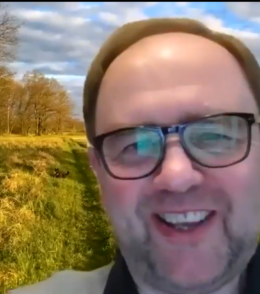 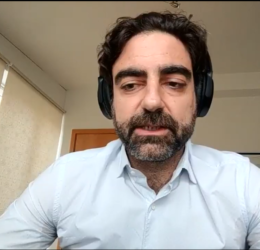 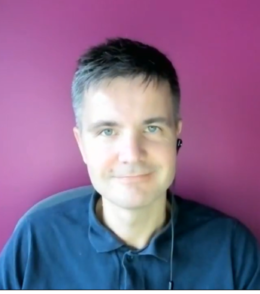 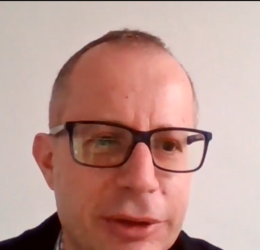 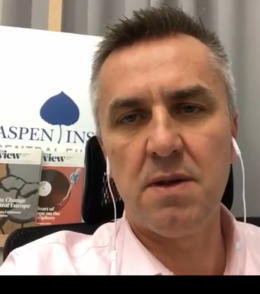 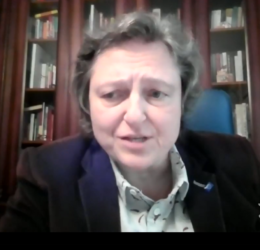 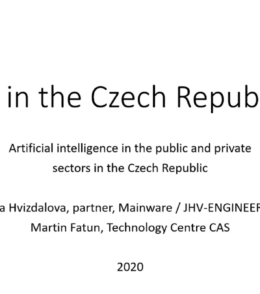