On August 31, 2021, the Aspen Institute Central Europe organized an online debate entitled The Future of Forming a Society In the Cloud, which was held under the umbrella of the NextGen Network, a collective action led the Aspen Institute’s International Partners and Microsoft, which brings together young leaders to develop an understanding of how new technologies, like artificial intelligence, will affect their lives and societies.

The interdisciplinary debate focused on the topic of cloud socities, which are organic communities of people where nationality and demographics don’t matter, and where the community is connected by the internet and is capable of providing services like that of the state (education, healthcare, currency) in a decentralised, encrypted, truly democratic, and global way. They are not mutually exclusive with nation states, but offer an alternative of social belonging if your state of birth or origin does not provide you with the conditions which make you happy, and are philosophically based on freedom and voluntary belonging. This virtual conversation tried to answer some big questions, namely: What is the role of an individual and a state in society? What exactly has Covid-19 done to our social structures? What role does technology have to play in this world?

After the welcoming opening from Josef Muller, the Deputy Executive Director at Aspen Institute Central Europe, Sara Polak from Paioneers Lab, prg.ai and also a former Aspen Young Leaders Program alumna launched the discussion. Ms. Polak opened the debate with the role of the individual and individual’s mobility. She shared an interesting thought about how the next years are going to be the decade of choice where everything would be more connected.

Karel Smejkal, an architect and a co-founder of INSPIRELI.com, agreed that identity has great importance where anonymity is not a solution otherwise it would be anarchy. Mr. Smejkal highlighted that even though many things have been transferred to the online world, people are still the same. They need to communicate and meet each other. He noted that thanks to the European Union, people benefited from not having any obstacles while traveling to other countries in Europe which was not possible some years ago. Before the global pandemic, society started losing its understanding of such privilege. It showed us that we had to lose it in order to regain our senses.

Josef J. from Ethereum Foundation observed that the society’s growth would take the form of a gradual evolution when the new changes would be rooted into the old ones. He also argued that peace in the future world might happen only if the hegemonic player would no longer be taking the main role in world politics. Large-scale coordination and decentralization of the system are crucial for the existence of cryptocurrencies. He stressed that it is better not to rely solely on the single tool we possess. He also raised a question about the role of the state in providing public services such as security and other bureaucratic processes. It is better to allow the technologies to open new possibilities on how to improve society.

Edmund Owen, an alumnus of the University of Oxford in Archaeology and currently a Captain of the UK army, agreed with Mr. Smejkal about the importance of identities. He raised the question of postcolonialism and the affairs that are currently happening in these nations. The other question broadly discussed was focused on the way the state is supposed to work nowadays. Mr. Owen focused on the protection provided by the state and its monopoly on the usage of violence. He opposed Josef J. that individuals have to contribute in a form of taxes if they want to live in the society and enjoy its possessions. Another, rather scary topic mentioned in the debate concerned the case of disconnecting the planet to the internet and what might happen afterward.

A spin of technological perspective was delivered by Tomáš Mikolov from the Czech Institute of Informatics, Robotics, and Cybernetics. He suggested that society should think about how to make AI more useful to society instead of how AI can take over it. Another idea of his was that globalization is a good thing for society, it transfers technology in a much faster and easier way. However, he highlighted that locally it is a much bigger benefit than globally. Mr. Mikolov agreed with Mr.Owen that society is too dependent on the online world and its possibilities.

The public debate was followed by a closed expert workshop entitled What Does It Mean To Move a Society To a Cloud? was led by Sara Polak and Josef J. The participants were challenged to discuss the topics of the future of state institutions and what cloud societies would mean, as well as what it means to do business in the 21st century, diving into the topic of DAO.

Brief Summary of the Key Concepts 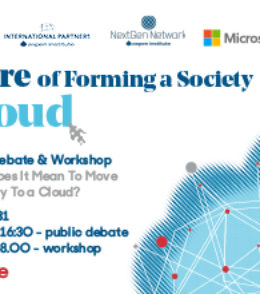 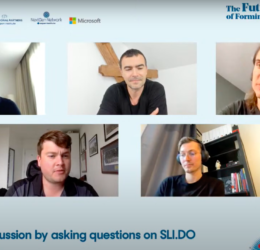 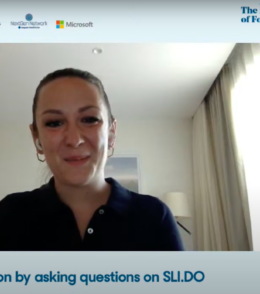 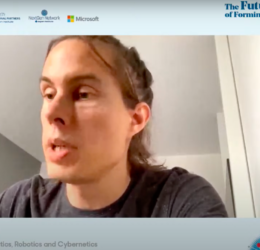 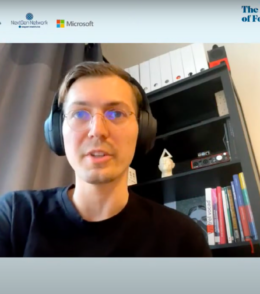 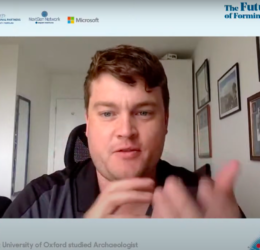 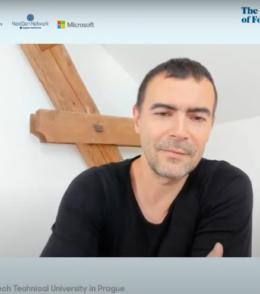 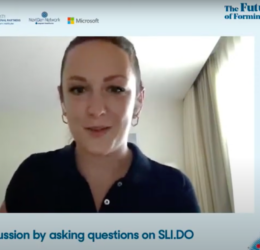